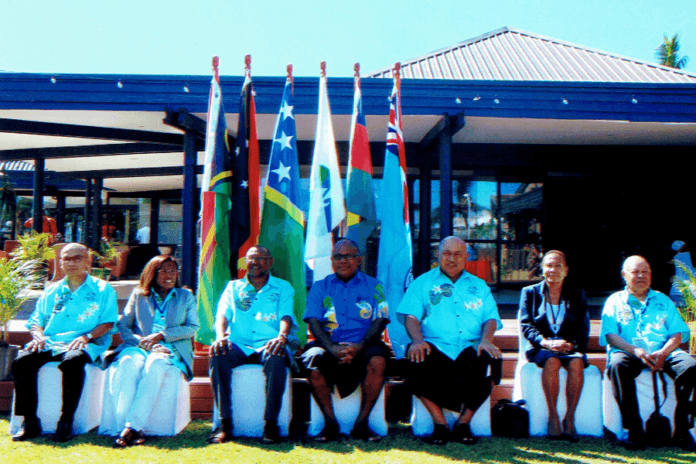 This is the first MSG Foreign Ministers Meeting (FMM) for this year ahead of the Special Leaders’ Summit scheduled for July this year.

The meeting was held after a number of deferrals due to national priorities and other regional and international commitments for some members of the MSG.

Among other important issues the FMM Chair said MSG Foreign Ministers discussed and noted with appreciation the successful negotiations of the new MSG Trade Agreement – the Melanesian Free Trade Agreement (MFTA) which was endorsed at the recent Trade Ministers Meeting convened in May in Port Vila.

He confirmed that the Senior Officials and Foreign Ministers of the MSG were in a dire need to convene the meetings to ensure that the life-blood of the organization is maintained and if need be revamped.

“Today we have important issues to consider, most notably the critical financial situation of our Secretariat. The Secretariat needs adequate financial support to deliver a number of important mandates and decisions of our leaders”, the FMM Chair said.

On an equal note, the FMM Chair also echoed the same remarks from the TMM of May 2016 – “I am pleased to note some positive progress we have made with the advancement of programs by the Secretariat such as the conclusion of negotiations on the MSG Trade Agreement recently in Port Vila, Vanuatu”.

He said despite the challenges faced by members on the resourcing issues and differing views on how to best address these challenges, it was good to see the exploring of various cost-cutting measures.

Minister Tozaka also said: “For the first time in the history of the MSG we were able agree to have Indonesia and ULMWP seated on the same table with the rest of the full membership”.

He explained that although there were differences expressed by the Associate Member of Indonesia to accommodate the ULMWP at the previous meeting the day before on the SOM following the seating arrangement, the Chair stood his grounds and stressed the need for both parties to be offered the opportunity to be seated on the same table.

In response to this historical arrangement, the newly appointed ULMWP Special envoy to the MSG, Mr. Rex Horoi said: “This is the start of the long awaited process we are waiting for – that is for the MSG to provide an enabling platform and environment for both Indonesia and ULMWP to conduct an open and transparent dialogue on the ongoing human rights violations and issues facing the Melanesians in the ULMWP”.

The FMM was successfully concluded with the Foreign Ministers signing to the Outcomes of their meeting. This FMM Outcomes will be submitted to the upcoming Special Leaders’ Summit, now scheduled for July 2016 in Honiara, Solomon Islands.