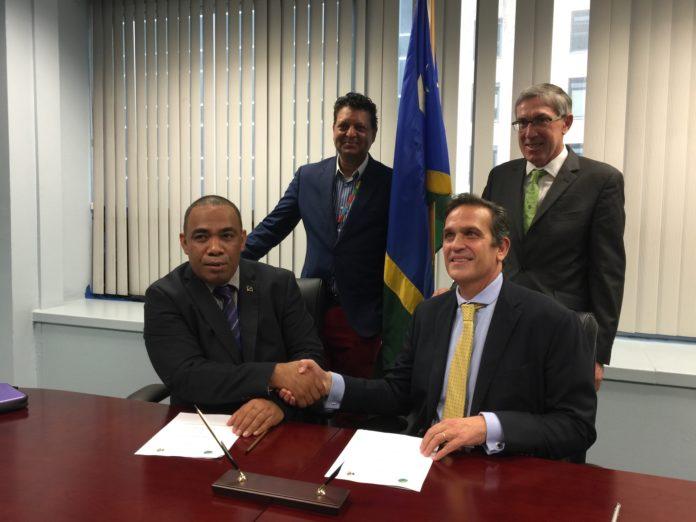 Solomon Islands was represented at the signing ceremony by the Minister for Foreign Affairs and External Trade, Hon Milner Tozaka.

The ceremony was presided over by the UN Secretary General, Ban Ki-Moon and the French President Francois Hollande.

Addressing the UN General Assembly on the occasion, Hon Tozaka welcomed the agreement and called on all signatory countries to strengthen it (agreement) by raising their level of ambition in bringing down their rate of carbon emissions to the 1.5 degrees pathway.

He said the world must not lose sight of the pre-2020 mitigation, noting that the Paris Agreement is a post- 2020 framework.

The Minister for Foreign Affairs and External Trade said Solomon Islands will do its part in the implementation of the Paris Agreement and to date it has submitted an ambitious national determination plan outlining a number of hydro and geothermal projects seeking international support to take sustainable development to new levels.