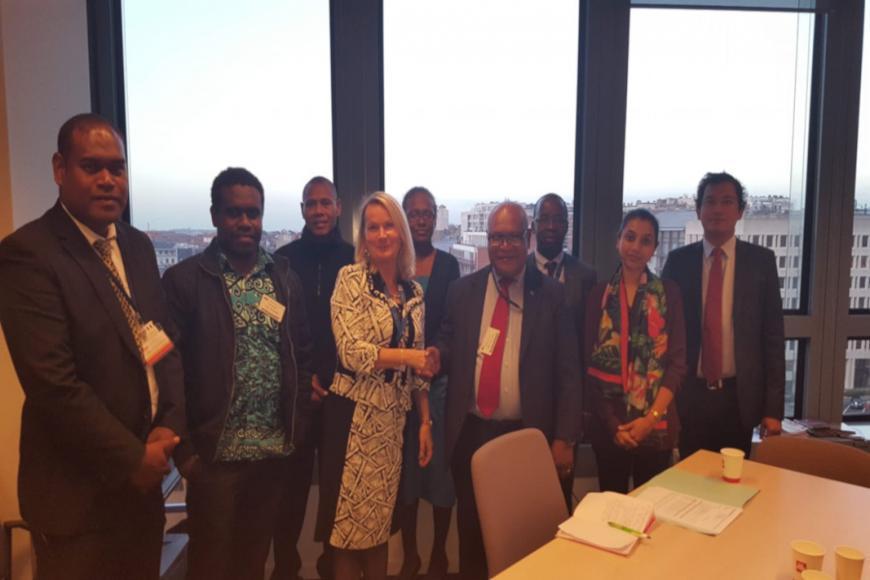 In the margins of the ACP meetings, the delegation also held bilateral discussions on the Interim Economic Partnership Agreement (iEPA) with the EU, which was attended by senior technical officials from Customs, Finance, Planning, Fisheries and Trade negotiated and concluded the market access offer with the EU officials. These meetings were important, towards ensuring that Solomon Islands continues to receive preferential treatment to its exports such as fisheries products and palm oil as Solomon Islands have been recommended to graduate from its LDC status.

The Honorable Minister Milner Tozaka, on the eve of 26th also met with the EU Deputy Director General. Some of the issues raised with the EU DDG are those related to SI LDC graduation, efficient and coordinated support in the implementation of the iEPA with due regard to being small and vulnerable to global financial and economic shocks and EDF 11.

The next steps for SI in its accession to the iEPA is to work closely with EU trade officials in defending the technical conclusion in various platforms of the EU process such as the EU council and EU parliament.