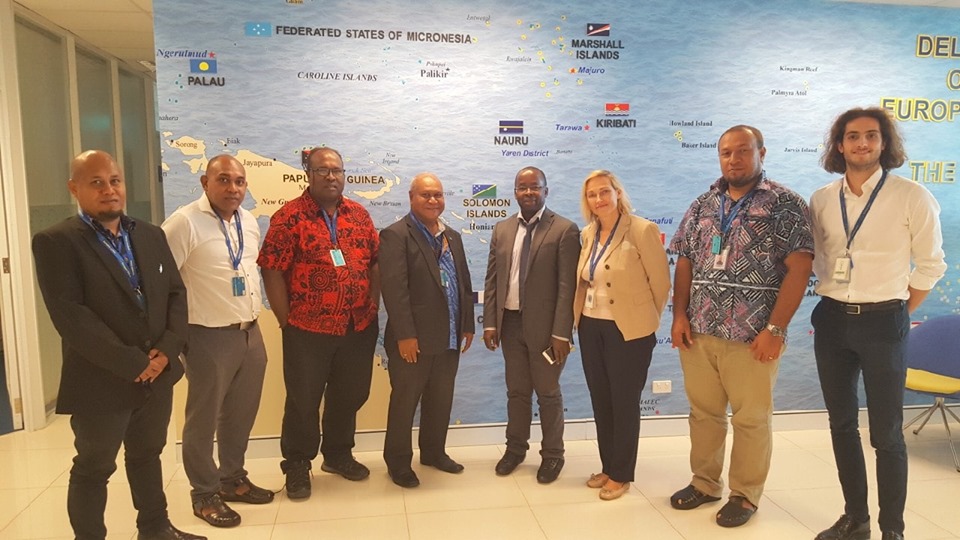 Officials in Fiji for iEPA meetings

As part of preparations towards Solomon Islands accession to the European Union (EU) and Pacific interim Economic Partnership Agreement (iEPA), government officials have held a bilateral talk with the EU in Suva, Fiji on Tuesday.

The Bilateral meeting was held to discuss and finalize issues before Solomon Islands formal request is submitted to the EU parliament later this year.

Trade commissioner Mr. Joseph Ma’ahanua was happy with the outcomes of the bilateral talks.
“The talks went smoothly and overall we need to iron out some minor things before we accede,” the seasoned trade negotiator said.

The Bilateral were held in the build up to the 7th EU-Pacific Trade Committee meeting, which will conclude on today (Friday).

A trade seminar was also organized by the European Union and USP and it was focused on exploring the benefits of the interim Economic Partnership Agreement (iEPA) to Pacific Businesses.

The Solomon Islands Trade Commissioner Mr. Joseph Ma’ahanua also spoke as a panelist during a one day Trade seminar at the USP campus.

More than 100 businesses, academics and Government officials attended the one-day forum.
Trainings and sessions were also carried out on EU Rules Of Origin (RoO) for Customs officials. John Lagi and Steven Dikea from Customs attended the sessions.
Adrian Wickham from Soltuna was also part of the SI delegation to the meetings.

Solomon Island is currently attending the meeting as an observer as it prepares to accede to the iEPA next year.
The Delegation is expected to return to the country on Saturday.