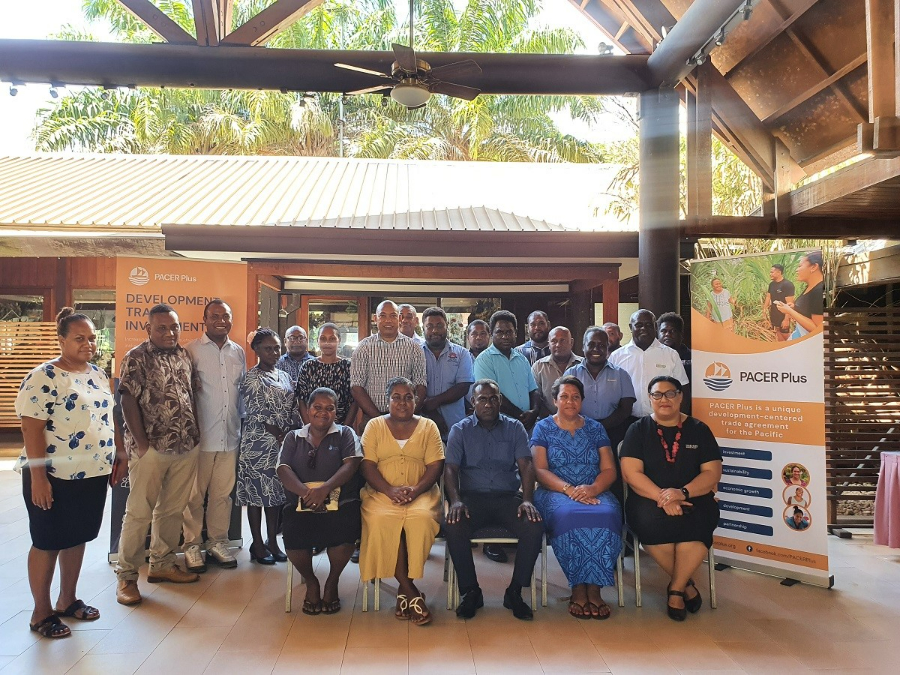 MFAET acknowledges Labour mobility as the plus in PACER+

THE Ministry of Foreign Affairs and External Trade has acknowledged that among the most significant benefits of the PACER+ agreement to the Solomon Islands is the Labour Mobility Arrangement.

Trade Commissioner of MFAET, Barrett Salato made this acknowledgement during a two-days PACER+ Trade in Goods and Trade in Services national dialogue on the 25th and 26th of October 2022 in Honiara.

Commissioner Salato made emphasis on the benefits of this arrangements with Australia, New Zealand and the increasing financial remittance inflow over the recent years.

He said a recent CBSI report estimates that in a short span of time, remittance inflow accounted for $215 million in 2021, a 68 percent increase from $128 million reported in 2020.

He further acknowledged that during the period of reporting, there were slightly more than 2000 workers abroad.

“Now that we have surpassed the 4000 mark this year, we expect to double the remittance inflow in to the country,” he added.

He said more than 4000 Solomon Islands workers are in Australia and by mid-November, more than 700 workers are expected to be in New Zealand.

“Those numbers are gradually increasing,” he further emphasized.

The Trade Commissioner said Labour mobility is a win-win arrangement for both the host and sending country.

“The host country wins by increasing its industries’ productivity from a readily available workforce from the Forum Island country workers for their employers.

“The sending country benefits from the remittance and raising of standard of living and economic livelihood of ordinary Solomon islanders,” he said.

On public perceptions that such arrangements are a drain to the country’s workforce, the Trade Commissioner acknowledged that while it is true, the current high unemployment rate defeats such an argument.

“Every year we produce 18,000 people who are eligible for employment, but we can only absorb 4,000 people in formal employment, the rest, or 14,000 of our people are without paid employment.

He said the Labour mobility arrangement has helped cushion this staggering unemployment situation in the country.

“Income received from labour mobility touches and changes the lives of ordinary Solomon Islanders for the better.’

“I believe it should be further enhanced and expanded to other sectors, including in the urban areas where higher paid jobs are located.

Email: This email address is being protected from spambots. You need JavaScript enabled to view it. Phone: 21250  Mobile: 7701753