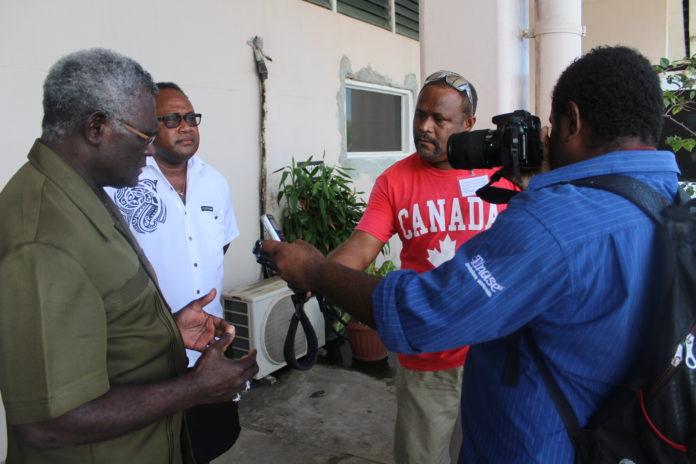 Speaking at a press conference yesterday upon his arrival in Honiara from Vanuatu after the treaty signing, the Prime Minister said the next step to take in the lead up from the historic pact is for Honiara and Port Vila to address the relationship between Temotu Province and Torba Province.

“We would like to see more trade happening between the people of these two provinces. There is a lot of tourism happening in Torba Province. If you go there, you’ll find lots of bungalows because a lot of tourists go there.

“As for Temotu Province, there is very little happening in terms of tourism so what we (the Solomon Islands Government) will do is to get the relevant ministries to look at the appropriate institutional and infrastructural arrangements for set up in Lata to look at trade between the two provinces as well as the free movement of people just as it is the case at our western border with the North Solomons Province of Papua New Guinea.

“At the western border, we allow for the free movement of people between the Shortland islands in the Western Province and Choiseul Province to Bougainville and vice-versa. The same will happen at our eastern border with Vanuatu. There’s a lot of historical connection between the people of Temotu Province and Torba Province, especially with regards to the Church of Melanesia.

“A lot of things originated from Mota Lava. We found out that the language of the church in its early days was Mota Lava too, so when they recited history we found it very interesting.”

On that note, Prime Minister Sogavare said a youth group from Duff Island in Temotu Province will be travelling to Torba Province for a youth convention next month and added that such interaction is what the Solomon Islands Government and Vanuatu Government would like to see more of.

Elaborating further on the maritime border agreement, Prime Minister Sogavare said, “The beautiful thing about the agreement is that there was a lot of understanding between the two parties. There was no fighting. A lot of custom and culture was incorporated into it.”

He added that, “There was a lot of give and take of course. Solomon Islands gained about more than 53,000 Square Kilometres of sea area and will still protect its rich albacore tuna area there.”

Prime Minister Sogavare said the albacore tuna rich area has been an issue of concern to Solomon Islands since the maritime boundary negotiations started in 1984 and the signing of the agreement has finally put that concern to rest.

The Prime Minister said the Mota Lava Treaty is a symbol of peace and unity between Solomon Islands and Vanuatu and the high regard they hold for their custom values.

He said the agreement also sends a powerful message to the world that Solomon Islands and Vanuatu have successfully applied custom values in sorting out their maritime border issues and not the Law of the Sea Convention which would have resulted in the loss of a lot areas by either party.