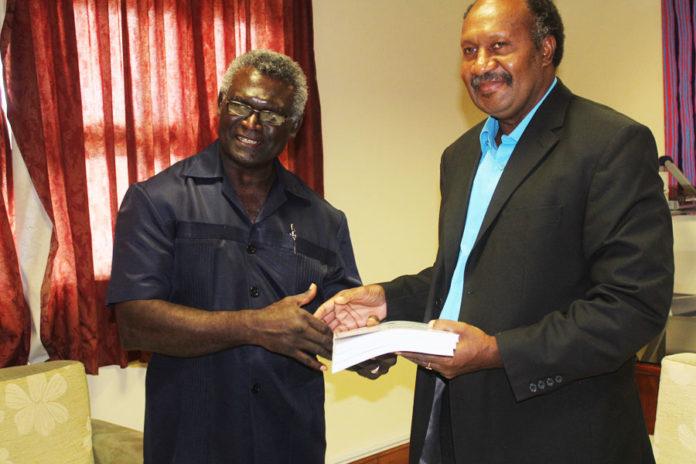 The signing of the treaty came about after 32 years of negotiations between Solomon Islands and the Republic of Vanuatu.

The signing of the Treaty will succeed the Memorandum of Settlement signed between the two countries in November 2015. Both countries will further proceed with formalising their internal processes before ratifying the Treaty in the near future. However this signing will pave way for further bilateral engagements between these two Melanesian Countries.

The proposed signing ceremony will be a traditional event blended with full Government protocols and diplomatic arrangements, preceded by a one-day Traditional Arts Festival.

The Vanuatu Government will meet the travelling expenses for Prime Minister Sogavare and his delegation from Port Vila to Moto Lava Island as well as their accommodation on Moto Lava Island.

The Vanuatu Government delegation will include President Baldwin Lonsdale, Members of the Council of Ministers (Cabinet) and Chiefs from Torba Province.

Prime Minister Sogavare and his delegation will return on Sunday October 9.