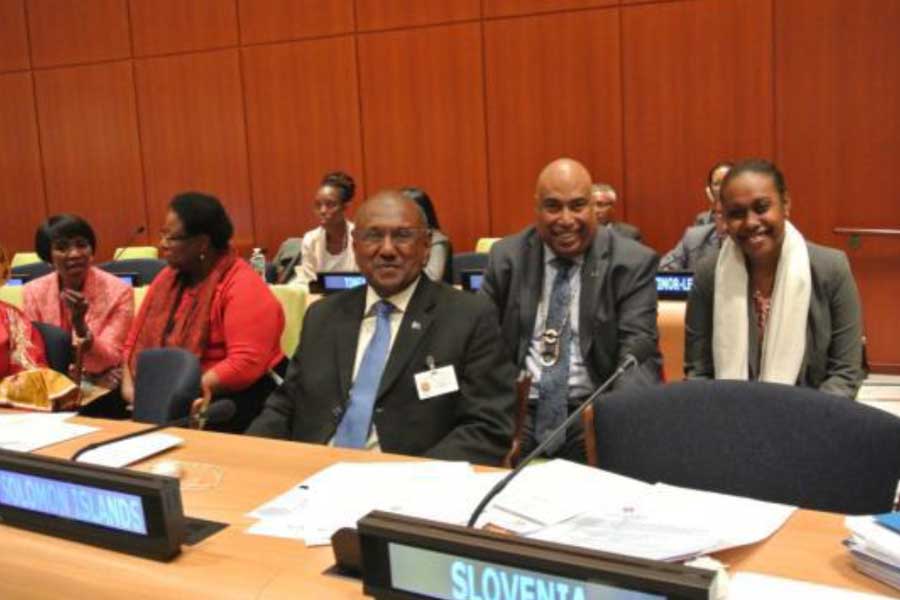 He told the meeting that Solomon Islands shares the overarching goals of the 17 ambitious Sustainable Development Goals (SDGs).

Hon Tozaka said the six-month old SDGs if effectively resourced and implemented will transform and open up opportunities in rural Solomon Islands.

He then called on international partners to direct their assistance to Solomon Islands at large- scale renewable energy projects in the provinces, building more infrastructures in the rural areas to connect the people and ensuring game- changing agricultural investments.

The Minister for Foreign Affairs and External Trade informed the UNGA that Solomon Islands is reviewing its National Sustainable Development Strategy and will be integrating the SDGs into government policies and programmes.

A national partnership framework was launched this year to guide existing and future partnerships to deliver on Solomon Islands national priorities.

Hon Tozaka said SDGs is also about preparing the population to adapt to the growing impact of climate change and he will be signing the Paris Climate Agreement on Friday, April 22nd.