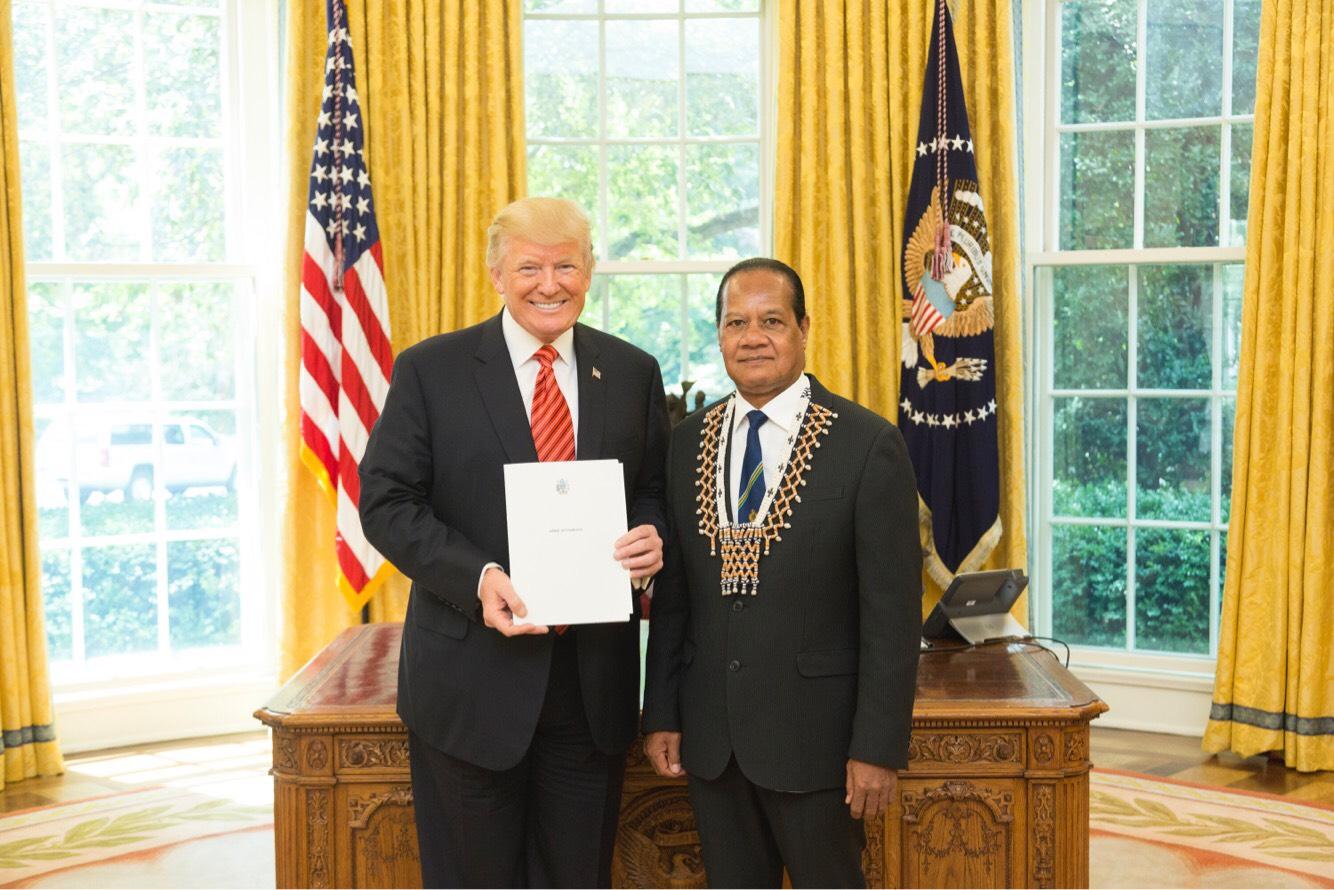 Prior to the credential ceremony, the Ambassador also met with United States Chief of Protocol and other members of staff of the United States’ State Department responsible for bilateral relations between the United States and the Solomon Islands on Wednesday 19th July 2017.

Ambassador Sisilo is also currently Solomon Islands Permanent Representative to the United Nations. Mr. Sisilo served as Trade Negotiations Envoy in his country’s Ministry of Foreign Affairs and External Trade, between May 2012 and June 2014 following his short service as Permanent Secretary in the Foreign Ministry and in the Ministry of Police, National Security and Correctional Services.

With more than 30 years’ experience in trade and international relations, Mr. Sisilo was Permanent Secretary in the Ministry of Foreign Affairs and External Trade between July 2011 and February 2012, having previously served as its Multilateral Trade Adviser.  Between 2009 and 2010 he was the Acting Secretary for Foreign Affairs and Trade of neighbouring Nauru, and from 2005 to 2008 he served as Permanent Representative of the Pacific Islands Forum to the World Trade Organization in Geneva.

From 1996 to 2004, Mr. Sisilo was his country’s Ambassador to the European Union, Belgium, France, Germany and the Netherlands, as well as High Commissioner to the United Kingdom and Permanent Representative to the World Trade Organization.  Between 1986 and 1990, he was chargé d’affaires at his country’s Permanent Mission to the United Nations in New York.

He is married and has two children.