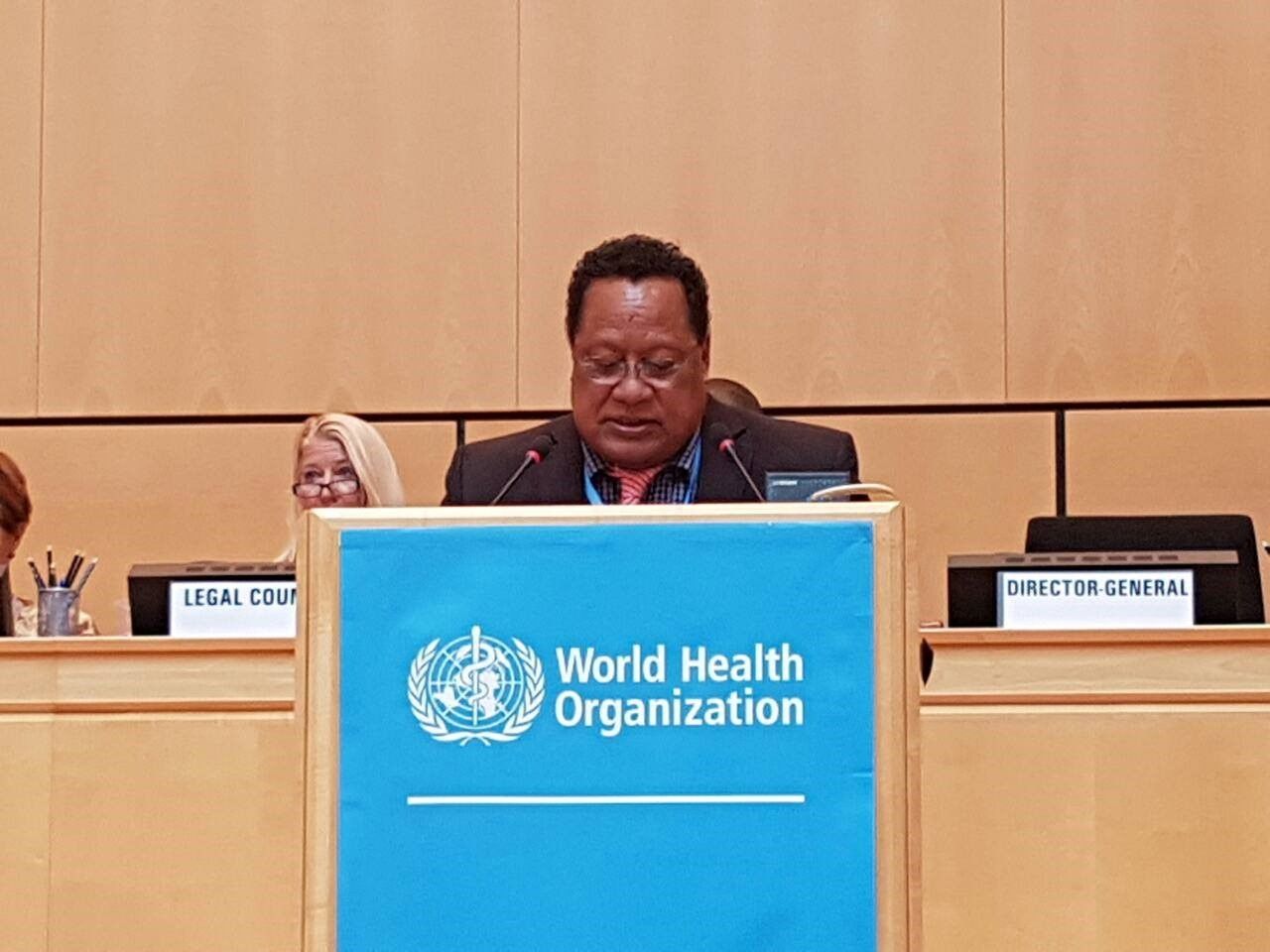 Speaking in support of the agenda item introduced by Health Minister of Swaziland in the General Committee of the World Health Organization, Minister Kaitu’u said “ the failure of WHO to invite Taiwan to participate as an observer in the World Health Assembly meetings run contrary to the United Nations shared commitment of “leaving no one behind” in our common pursuit to achieve the Sustainable Developments Goal 3”.

He further assert that “In order to genuinely address the health challenges facing the global community, the WHO should not be used as a political tool by any single member of this organization to deny others their right to health simply because of their different political status”.

He reminded member states and the WHO that “The WHO’s mandate is on health, not politics. Global health security will not be achieved until all stakeholders are involved. Disease knows no boundaries, and the fight to prevent the spread of disease brook no absence”.

The Health Minister pointed out that China put “unreasonable political preconditions” that prevents Taiwan from participating in the WHA meetings.

“It is indisputable that the Taiwanese government is the sole authority responsible for the health and wellbeing of Taiwan’s 23 million people, and possessing accurate information on disease outbreaks in Taiwan and the associated risks to world health and only the democratically elected government of Taiwan can represent its 23 million people and take responsibility for their health. Given that WHO has advocated a goal of “leaving no one behind”, it would be ironic if the organization were intentionally leave the 23 million people of Taiwan out of the global health system” said the Minister.

The Minister further emphasize that “neither UN General Assembly Resolution 2758 nor WHA Resolution 25.1 makes any mention of a “ one China principle”. Most importantly, they do not in any way state that PRC authorities also represent Taiwan, nor do they deny Taiwan’s 23 million people the right to enjoy good health. The current political differences across the Taiwan Strait should not take precedence over joint global efforts to pursue good health and wellbeing for all”.