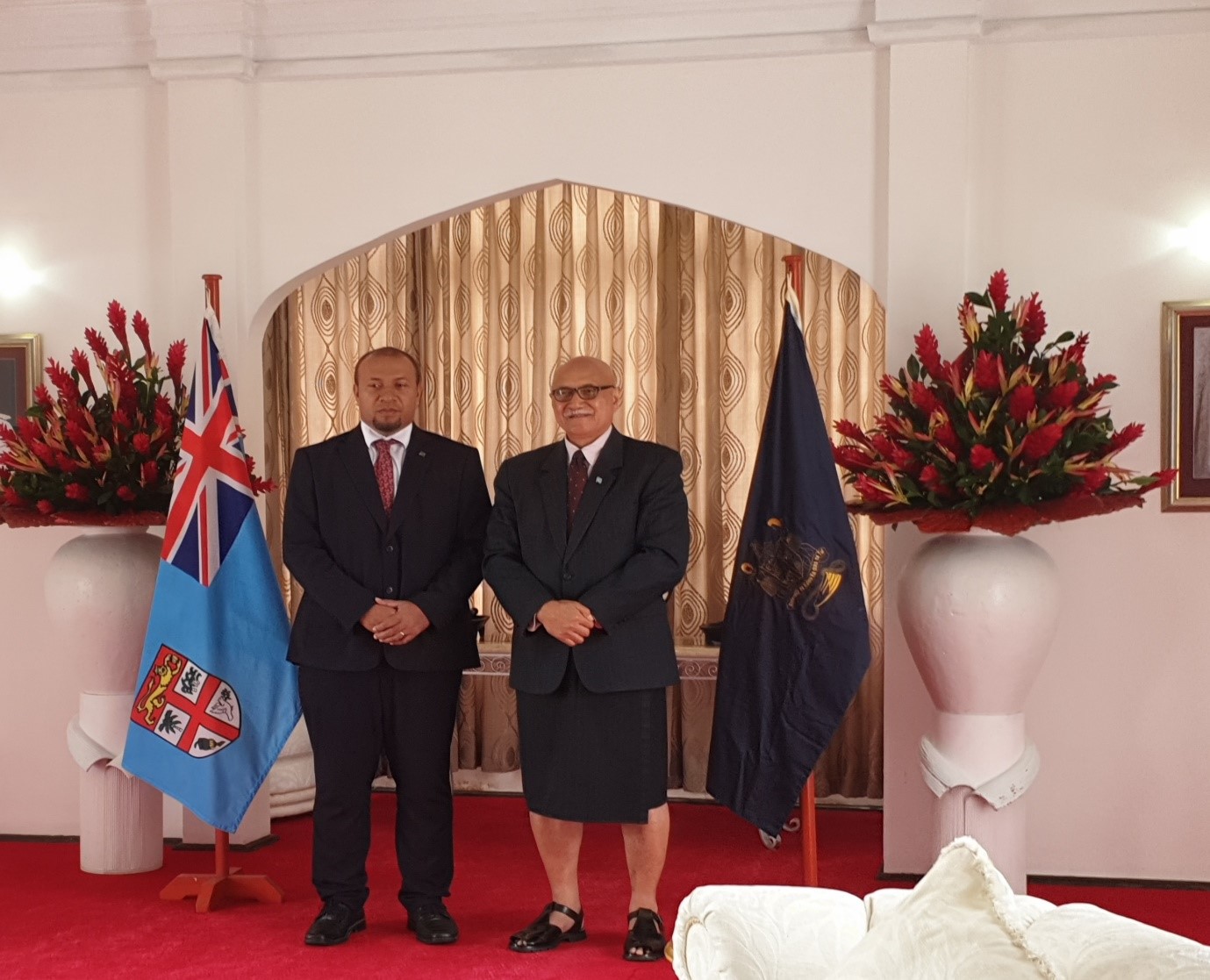 The Solomon Islands High Commissioner to the Republic of Fiji, His Excellency William Soaki, presented his credentials to the Fiji President His Excellency Major General (retired) Jioji Konusi Konrote on Thursday 13th December 2018 at the Borron House, Suva.

During the ceremony, High Commissioner Soaki congratulated Fiji on its recent successful national elections and internationally on its election into the UN Human Rights Council. He further acknowledges Fiji’s outstanding role as Chair of COP23.

Mr Soaki informed President Konrote on his commitment during his tenure to explore opportunities to further enhance the warm relations between both countries. The President congratulated the High Commissioner on his appointment and assured him on the support of the Fiji government and look forward to working closely with him to address issues of mutual interest.

High Commissioner Soaki is also Solomon Islands designate Permanent Representative to the Pacific Islands Forum Secretariat. Mr. Soaki served as Deputy Secretary in the Ministry of Foreign Affairs and External Trade, from March 2015 until his appointment as High Commissioner.

Mr. Soaki has 14 years’ experience in foreign affairs. From 2004 to 2010 he held various key positions in the Ministry of Foreign Affairs and External Trade, as Desk Officer, Senior Desk Officer, Chief Desk Officer and Assistant Secretary. He was also appointed as Minister Counsellor/Deputy High Commissioner at the Solomon Islands High Commission office in Port Moresby, Papua New Guinea between 2011 and 2015.

He is married to Pauline Soaki and they have three children, Ashanti, Ulric and Isabella.