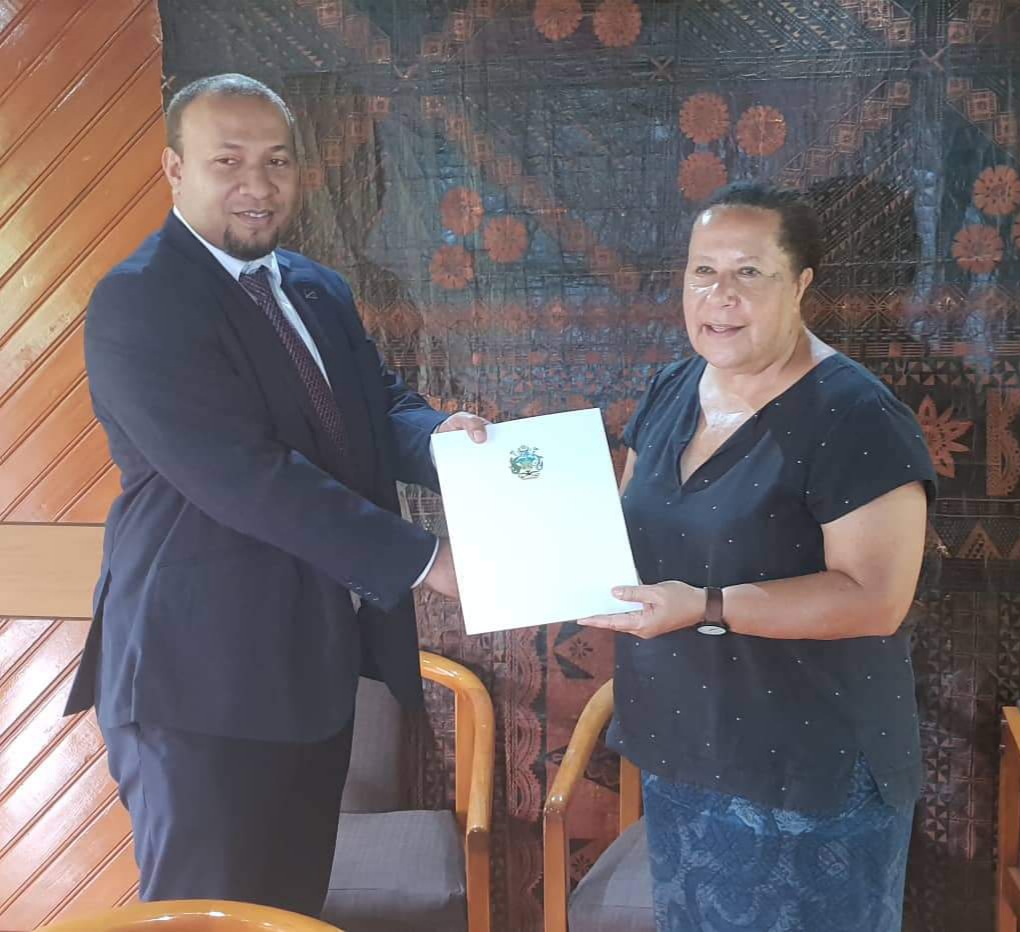 His Excellency, Mr. William Soaki, the High Commissioner of Solomon Islands to the Republic of Fiji, today (Wednesday 19 December 2018) presented his credential to the Secretary General of the Pacific Islands Forum Secretariat (PIFS) H.E Dame Meg Taylor, as Permanent Representative to the Pacific Islands Forum Secretariat with the rank of Ambassador Extraordinary & Plenipotentiary.

Prior to his appointment, H.E Mr Soaki was the Deputy Secretary of the Solomon Islands Ministry of Foreign Affairs and External Trade.

At the presentation, H.E Soaki told the Secretary General that as the first Solomon Islands Permanent Representative to PIFS he looks forward to working closely with the Secretariat in ensuring Leaders ‘mandates and decisions are implemented to serve our region. He informed that the Solomon Islands Government through the High Commission will provide the relevant support in the work of the Secretariat in its policies, priorities and the Framework for Pacific Regionalism which is important.

In response, the Secretary General congratulated Mr. Soaki on his appointment and looks forward to the support of the Ambassador to the work of the Secretariat and also to have more interactions on regional issues.

Mr. Soaki has 14 years’ experience in foreign affairs. From 2004 to 2010 he held various key positions in the Ministry of Foreign Affairs and External Trade, as Desk Officer, Senior Desk Officer, Chief Desk Officer and Assistant Secretary. He was also appointed as Minister Counsellor/Deputy High Commissioner at the Solomon Islands High Commission office in Port Moresby, Papua New Guinea between 2011 and 2015.

Mr. Soaki is a graduate from the University of the South Pacific in Fiji. He holds a Post Graduate Certificate in Diplomacy and International Affairs and a Bachelor of Arts Degree in History/Politics and Geography.

He was born in 1978, he is married to Pauline Soaki and they have three children, Ashanti, Ulric and Isabella. Mr. Soaki hails from Tikopia in Temotu and Kwara’ae in Malaita provinces.