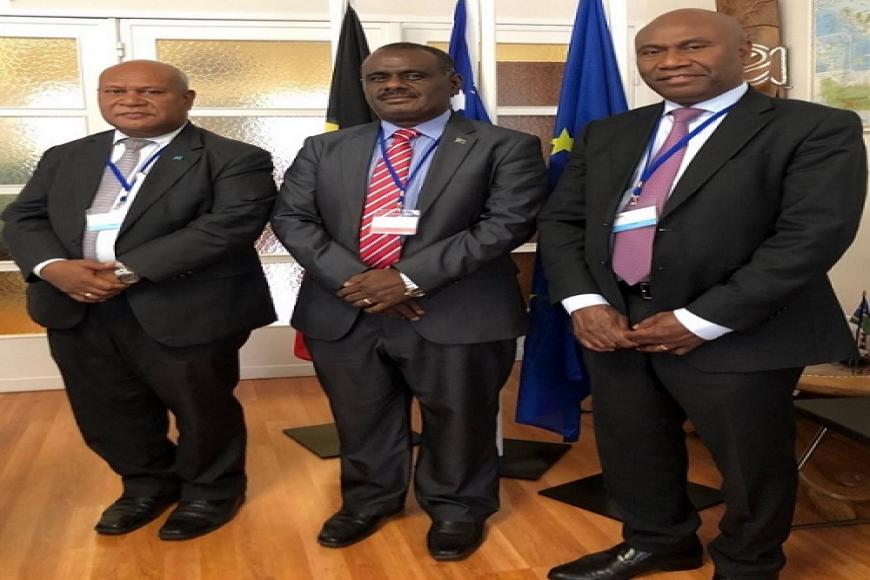 The ACP-EU ministerial meetings accord the opportunity for Ministers of the ACP Group of States to discuss relevant issues covering development cooperation, political dialogue and trade, and engagement with the European Union.

The meeting also allows Member States to receive a progress update on negotiations of a post Cotonou arrangement framework for cooperation with the EU and work done to the Georgetown Agreement.

He  is also due to hold bilateral meetings with the Deputy Secretary General of the European External Action Service (EEAS) and the Deputy Secretary General of the Directorate General TRADE, and will use the opportunity to highlight some of the Government’s priorities in strengthening Solomon Islands cooperation and engagement with the EU both bilaterally and through the ACP Group of States.

The ACP Group of States is an organization made up of 79 member states in the African, Caribbean and Pacific region engaged with the European Union under the framework of the Cotonou Agreement. This relationship covers political cooperation, political dialogue and trade; and development finance.  The Cotonou Agreement expires in 2020.