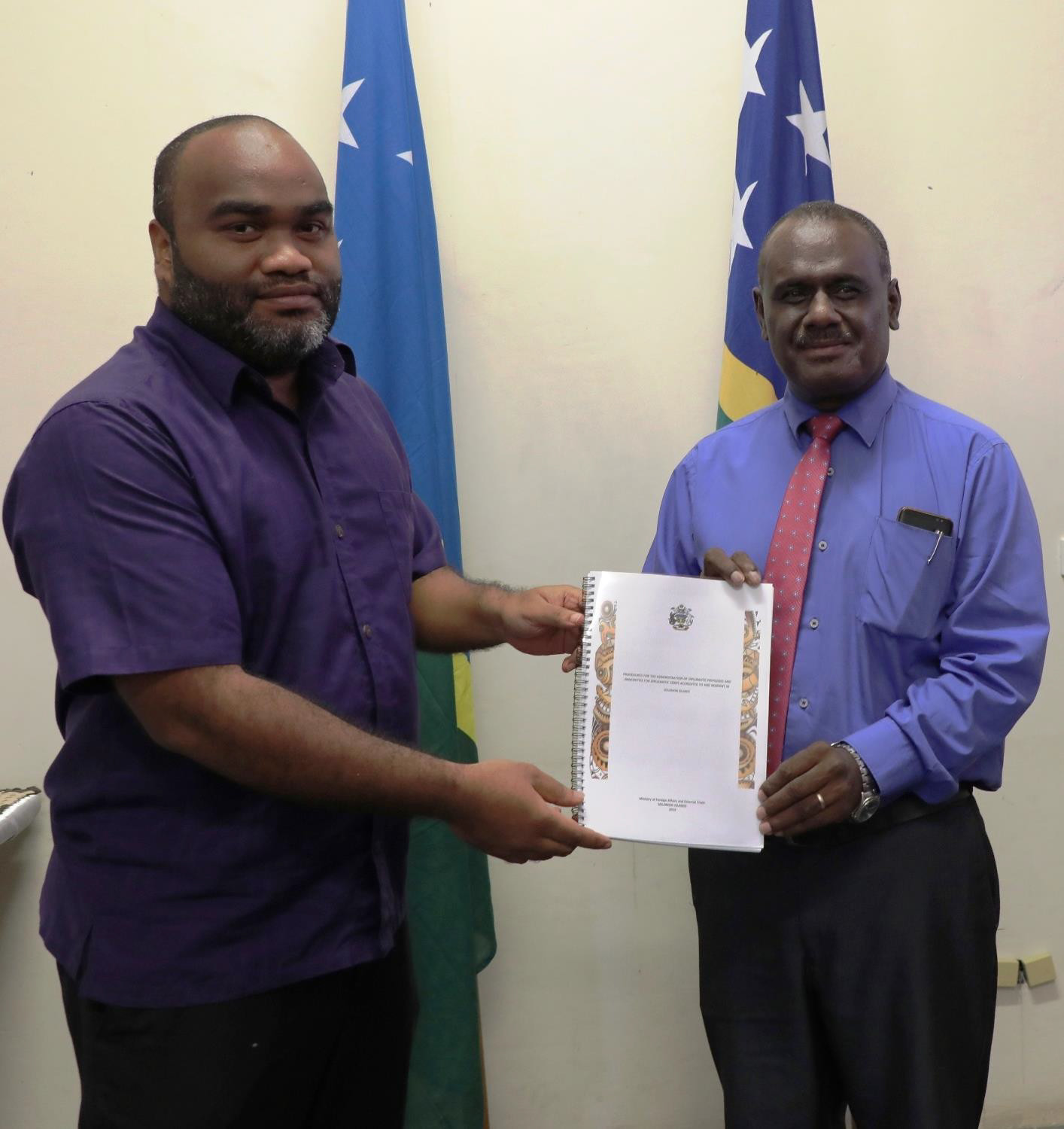 The handbook upholds Solomon Islands duties as a receiving State to accredited diplomats and seeks to balance expectations of the Vienna Convention on Diplomatic Relations and requirements of our local laws and regulations.

The previous handbook that addressed administering Diplomatic Privileges and Immunities was last produced in the early 90’s and much of the current practices required amending and improving.

Mr Manele said the launching of the booklet also marks an achievement set out by the Democratic Coalition Government for Advancement (DCGA) in its 100 days policy in ensuring that this milestone is achieved in a given timeframe.

He added that this handbook is not final and will be reviewed when necessary due to the evolving nature of Protocol to be inclusive of Protocol practice locally and internationally.

Mr Manele also used the occasion to announce the appointment of Mr Trevor Ramoni as the new Chief of Protocol (COP), who will be responsible to ensure the administrative processes and guidelines in this booklet are adhered to.

Mr Ramoni replaces former Chief of Protocol Mr Kereta Sanga, who played a key role in ensuring that this handbook was published.

Mr Sanga was recently appointed as the new Solomon Islands Consular General to be based in Brisbane, Australia.