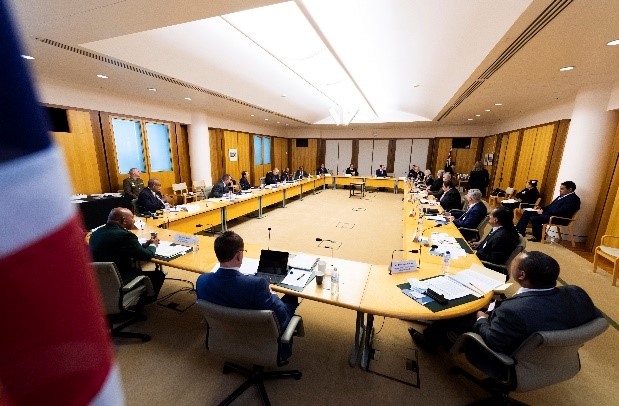 About 300 Solomon Islanders are now working in Australia under the Seasonal Workers Programme (SWP) and 100 under the Pacific Labour Scheme (PLS).  This is expected to increase to 2,500 by 2023 according to the Solomon Islands High Commissioner to Australia, Mr. Robert Sisilo.

“Our Labour Mobility Strategy (2019–2023) has identified Australia as the market with the highest potential for the supply of workers.  We are therefore targeting at least 2,500 workers to be recruited under the SWP and PLS by 2023.” Mr. Sisilo told Australia’s parliamentarians and senators during a 3-hour public hearing on how best to strengthen Australia’s relations with Solomon Islands and other Pacific Island Countries.

“Increased employment present enormous opportunities for our two countries.  It addresses labour and skills shortages in Australia and increases incomes of households in the Solomon Islands. The participation of women and people from poor and isolated communities is an area we must look into so that they too are in the SWP and PLS.” Mr. Sisilo stressed.

PACER-Plus is a regional development-centred trade agreement between Australia and New Zealand and some Pacific Island Countries.  With 2 more ratifications, PACER-Plus will enter into force.  It also came under scrutiny during the hearing.

“Solomon Islands ratified PACER-Plus on 22 June 2020.  We really look forward to its entry into force and implementation.  So much so that we have submitted our bid for its Implementation Unit to be based in Honiara.” Mr. Sisilo said.

Solomon Islands population, by world standards, is young and rural.  It is important that trading relationship with Australia should also promote new employment and livelihood opportunities for young people in agriculture and fisheries.  But access to markets has always been a challenge.

“Australia’s Pacific Horticultural and Agricultural Market Access (PHAMA) scheme, is already supporting our exporters of tropical products meet its quarantine and health requirements. But much could be done here in Australia on promotion, market testing and research to improve the access of our products to your market.” Mr. Sisilo told the public hearing roundtable of the Australian Parliament’s Joint Standing Committee on Foreign Affairs, Defence and Trade held on Friday last week.

Through its public inquiries and reports to Parliament, the Committee provides scrutiny of Government, informs debate and policy direction.  It also allows for consultations between parliamentarians, Australian Government officials and diplomatic representatives of foreign governments.