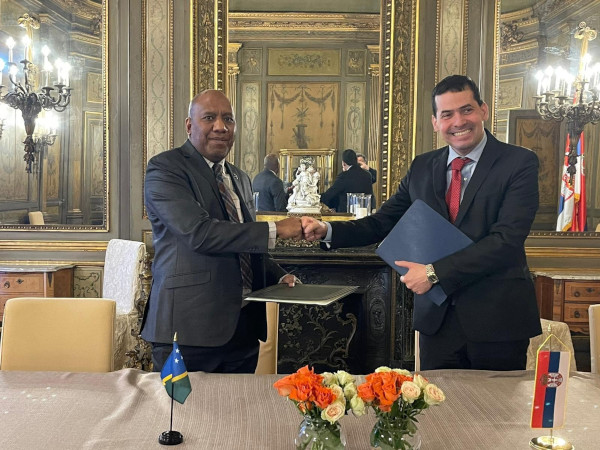 Diplomatic Relations Established with The Republic of Serbia

Solomon Islands has established diplomatic relations with the Republic of Serbia on Monday 20th December 2021.

The Republic of Serbia is a landlocked country situated in Central and Southeast Europe with a population of just more than 6.9 million people (2020). The establishment of diplomatic relations is part of the Democratic Coalition Government for Advancement (DCGA) Foreign Policy objective in expanding Solomon Island’s reach to Central and South- East Europe.

Guided by the Charter of the United Nations, both countries desired to promote and strengthen ties of friendship and cooperation on the basis of equality, and mutual respect and to enhance collective effort in addressing common issues and interests multilaterally. Bilaterally, both countries will work together to pursue opportunities particularly in the areas of development, trade, training, and people to people exchange.

Solomon Islands has to date established diplomatic relations with 122 countries.