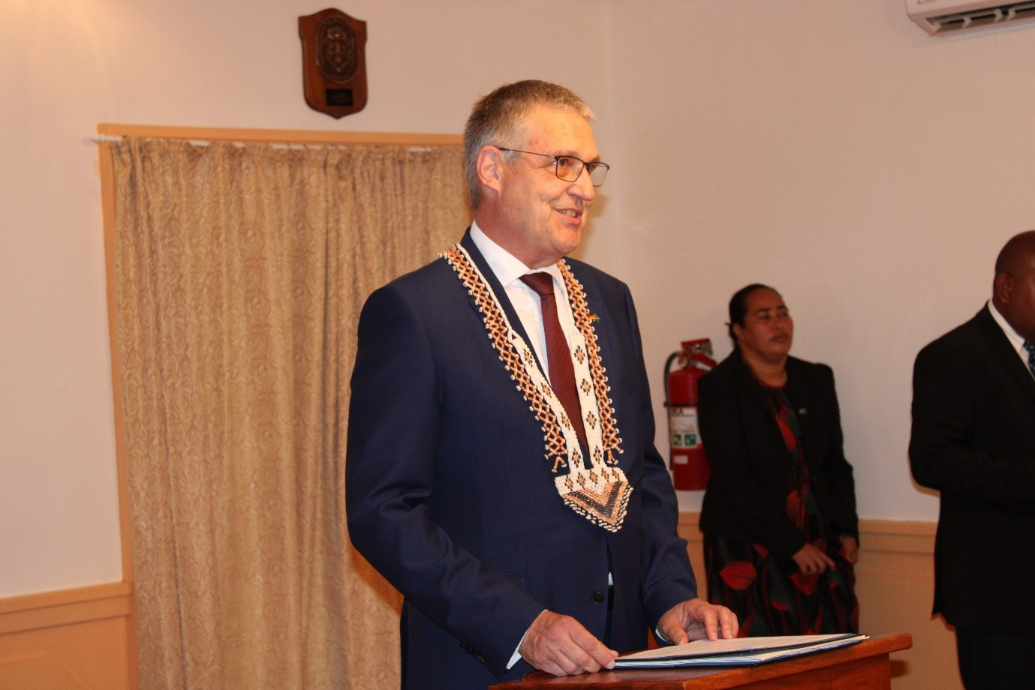 THE republic of Germany has acknowledged the continuous support it is receiving from the Solomon Islands government in the United Nations.

This was relayed by Germany’s new ambassador to the Solomon Islands, His Excellency, Dr Markus Ederer when presenting his credentials to the Governor General last week.

Ambassador Markus said Germany is grateful for the continuous support received from Solomon Islands regarding its candidatures in the framework of the United Nations.

He stressed that such support shows Germany and Solomon Islands both value the work of the United Nations and its organisations.

‘’Our two countries share the values of freedom, democracy and the rule of law.

He also emphasised that Internationally, both strive to uphold the principles of International Law as a basis of good global citizenship- dealing with energy and food security, preservation of bio-diversity, sustainable fisheries and the protection of the oceans and marine environment.

“These global challenges have one important common aspect: None of them can be solved by a single country,’’ he added.

He said the key to success is, more than ever, multilateral action and that states are bound to work together on the basis of sovereign equality.

“We are guided by the UN Charter which all members’ states ascribe to and will continue to ensure we co-exist within that framework of universal peace and respect,” he remarked.

Ambassador Dr Markus Ederer left the country for Canberra on Friday 4th November, 2022 after a three -day visit to the Solomon Islands.

During his visit, the Ambassador was able to present his letter of credence to the Governor General, before paying a courtesy call on the Minister for Foreign Affairs and External Trade, Hon. Jeremiah Manele.

Courtesy call was also made to the Prime Minister, Hon. Manasseh Sogavare.

A significant feature of the Ambassador’s visit to government house was the reinstatement of the Forecourt ceremony after it was suspended during the COVID-19 State of Public emergency.

The forecourt ceremony is a guard of honour accorded to dignitaries such as Ambassadors or High Commissioners on official engagement at Government House.