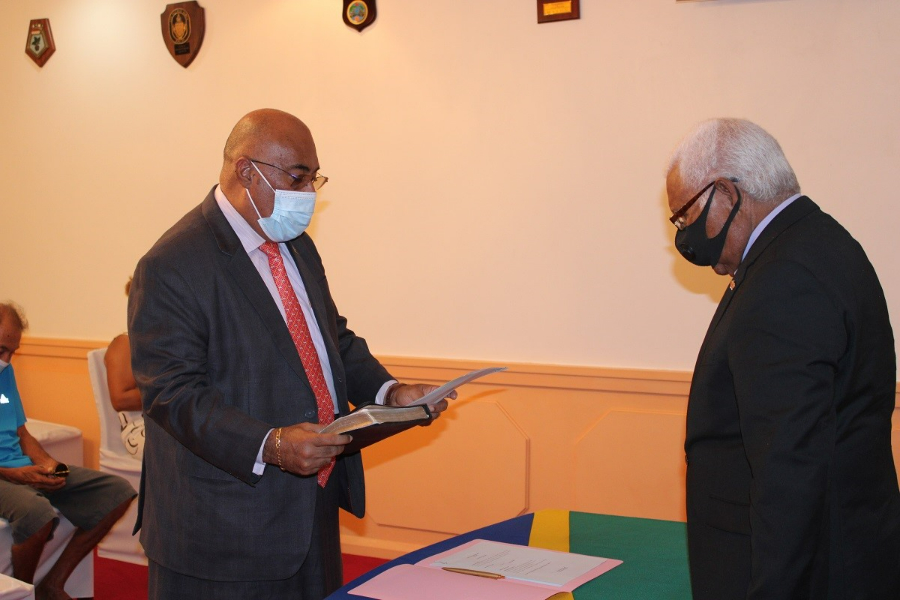 Permanent Secretary of the Ministry of Foreign Affairs and External Trade, Colin Beck was reappointed to lead the Ministry for a second term.

Governor General, Sir David Vunagi conducted the ceremony in the presence of government house officials, a staff from the Prime Minister’s office and members of Mr. Beck’s family.