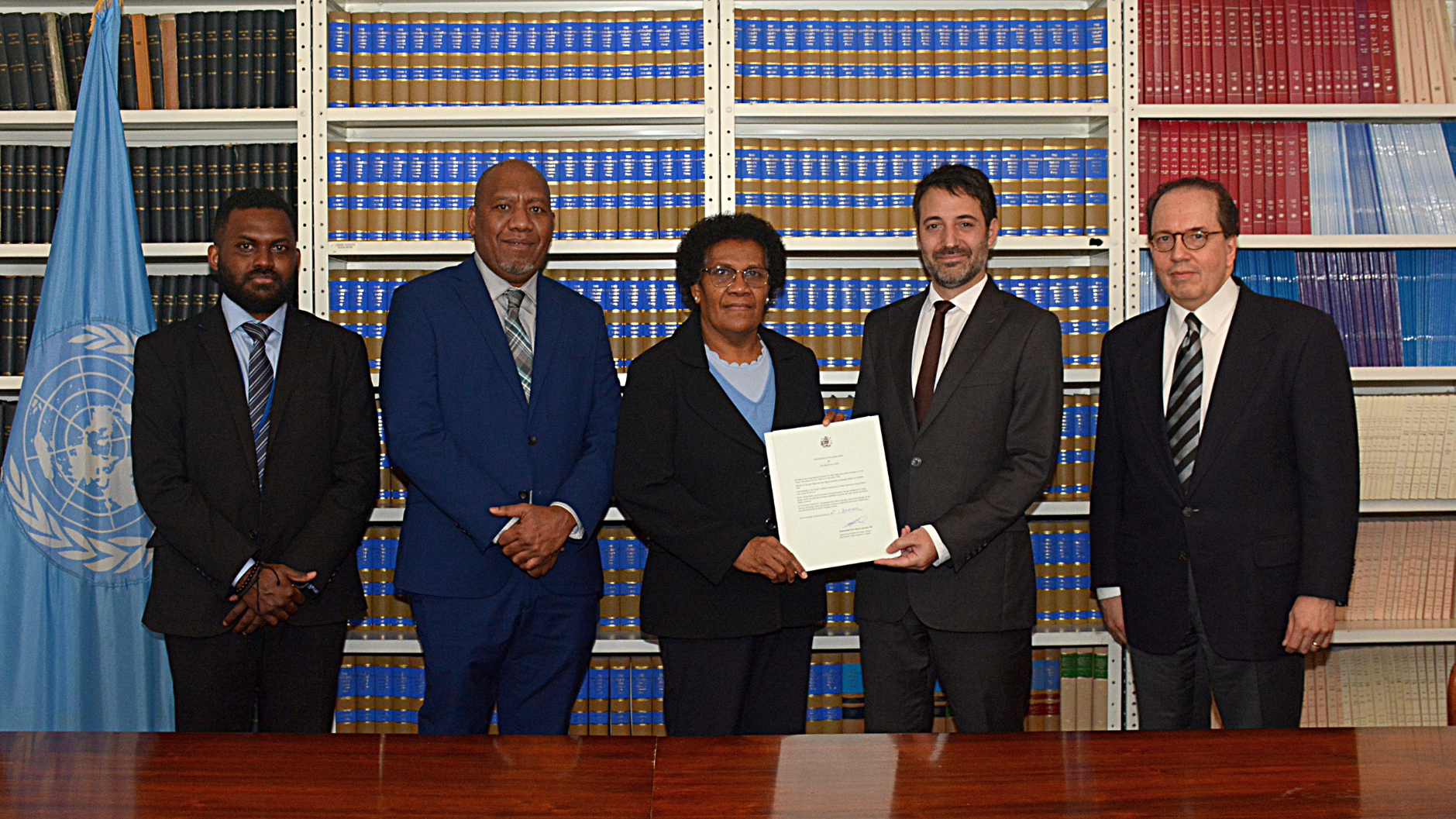 Solomon Islands has ratified the Comprehensive Nuclear Test Ban Treaty (CTBT), becoming the 177th State to ratify the CTBT and bringing the Pacific region a step closer to the universal adoption of the Treaty.

The CTBT bans any nuclear weapon test explosion or any other nuclear explosion.

The Solomon Islands Permanent Representative to the United Nation H.E Mrs. Jane Waetara formally deposits the CTBT in a ceremony at the UN Headquarters to mark the ratification.

Solomon Islands signed the Treaty a month after it opened for signature in October 1996.

Solomon Islands is committed to ensuring the Pacific region remains a peaceful region where its people can live free and worthwhile lives.

The Solomon Islands Prime Minister, Hon. Manasseh Sogavare reiterated this in his recent statement at the 77th Session of the United Nation General Assembly at New York on September 2022. Prime Minister Sogavare called on nuclear power states to ratify the Treaty and called for the total elimination of nuclear materials, nuclear weapons and nuclear-powered military assets in the Blue Pacific region.