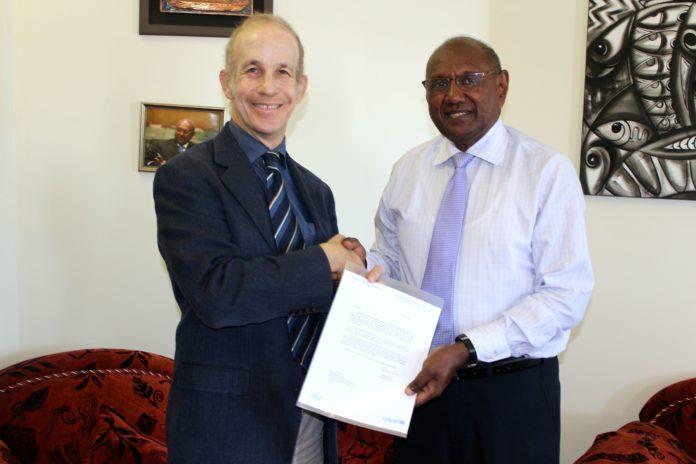 When presenting his credentials, Mr Yett thanked the Solomon Islands Government for its commitment to meet the needs and rights of children and reiterated the support of the United Nations Children’s Fund (UNICEF) to support the Government to meet the country’s obligations under the Convention on the Rights of the Child.

He also said, “I am truly humbled by the reception I have received since arriving into Solomon Islands and I wish to take this opportunity to commend the government, partners and people of Solomon Islands for its many achievements in prioritising the rights of children and women.

“It is an honour to be here and I look forward to working closely with the relevant stakeholders and counterparts, towards the common goal of accelerating results for children here in the Solomon Islands.”

“I receive and accept with much honour and gratitude the letters of credence by which you have been duly appointed as the Country Representative of United Nation Children’s Fund to the Solomon Islands. I am confident that with your professional and personal qualities, my government and UNICEF will continue to work together in partnership.”

He highlighted UNICEF’s ongoing assistance in the areas concerning women, youth and children, saying that, ” UNICEF’s contribution to the Solomon Islands government is recognized and appreciated and the government will continue to accord all the courtesies and facilities in working closely with your office to ensure success in the discharge of your duties”.

He is a United States citizen and was appointed to the position of the UNICEF Pacific Representative in August this year.

Mr Yett brings extensive experience to Solomon Islands and the Pacific having worked in the field of international development for the last 20 years.